You are here: Home / Pre-Owned Card Magic / The Animated Deck

Note: This came from a magician’s estate. Good working order and in like-new condition. Comes with the original instructions.

The hottest animated trick to hit the market! This new animated trick has been taken to a whole new level. First of all, there are no sleights, so anyone can perform “The Animated Deck” trick flawlessly with four times the magic!

Effect: The deck is shown front and back to be completely normal. A spectator freely selects a card and the magician states that he will reveal the card with the help of his trusty “assistant”. Out of nowhere, a character appears on top of the cards, ready to perform a circus sideshow act.

As the magician riffles through the cards, the animation begins! An animated character throws a deck of cards up with one hand, launches a dart with his other hand, and visibly pierces the selected card to the bulls-eye on the dart board. The magician continues, as he shows all the faces of the cards have changed to the selection! For the kicker, the cards are shown all different, with no animation on the back!

Remember: There are no sleights! 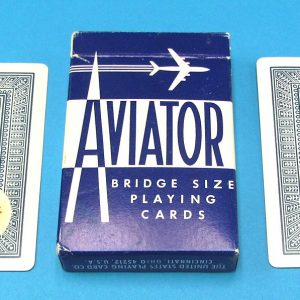