This is a large item that may require extra S&H charges to your location. Before ordering please contact us. Please see our FAQ for more details.
SKU: clr8ipo Categories: Club and Stage Magic, Pre-Owned Misc. Magic, Rings

This set came from an old magician’s estate purchase. There is some areas where the chrome plating has wore away slightly from use but otherwise a good set for learning and performing the effect. Comes with the classic set of eight rings along with a copy of the original instructions.

The Chinese linking rings is a classic of illusion. In the traditional effect, solid metal rings appear to link and unlink, pass through each other, and form chains and other complex patterns and configurations. The rings may even be handed out to audience members for examination. Sometimes an audience member is invited onto the stage to perform alongside the magician as part of a “Do As I Do” routine.

Chinese stage magician Ching Ling Foo (1854–1922) was one of the early performers of the linking rings in the form known today. A painting by Giacomo Mantegazza in 1876 showed a harem girl holding a set of rings above her head. Speculation about the rings’ origin has been traced to Turkey, Egypt and the Middle East and as long ago as the 1st century.

French magician Philippe (Jacques Andre Noel Talon) was one of the first recorded magicians to use the rings. During the second half of his show, he donned an Oriental robe and conical cap. He took 8-inch (200 mm) solid metal rings and had the audience examine them. He claimed that he learned them from a troupe of Chinese jugglers in Britain. After the rings were returned, Philippe proceeded to link and unlink them. From there, he combined glittering circles into complicated designs. According to Robert-Houdin, he said that for a finale, Philippe blew on them and they fell separately on the floor.[2] Robert-Houdin also performed a version of the trick. 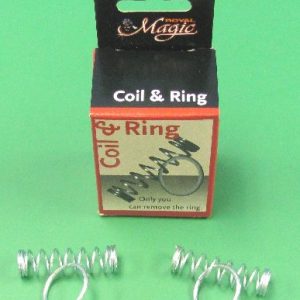 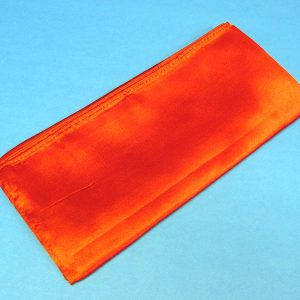 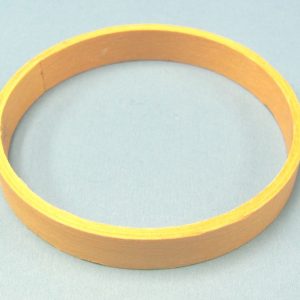