A little bit of history:

Hofzinser was born at the beginning of the 19th century and lived in Vienna during a time called the ‘Biedermeier’. This was a time where people enjoyed art and entertainment in drawing-room presentations and at little receptions in the houses and villas of the rich and famous. Hofzinser thus never performed on a stage but perfected the branch of magic today known as ‘Close-up’. One could argue that Hofzinser is the grandfather of close-up magic in particular close-up card magic. And this book is all about card magic. We have to thank Ottokar Fischer for collecting Hofzinser’s material about hundred years later. But a gap of hundred years is difficult to bridge. And today scholars argue about many details of Hofzinser’s life and particularly his tricks and inventions. Disregarding all the little details, Hofzinser without a doubt was one of the giants of close-up magic who discovered and invented many great pieces of deception. Anybody who wants to call himself a serious card worker needs to have this book.

Hofzinser’s Card Conjuring is an English translation of a book about Johann Nepomuk Hofzinser’s card magic, originally written in German by Ottokar Fischer as Kartenkünste in 1910. Five hundred copies were printed, but eighty were destroyed when the binder’s premises were laid waste in the London blitz of October, 1940.

The material can be a bit hard to follow as the original German descriptions are a bit flawed since Hofzinser died long before Fischer became interested in his magic (and Fischer was not be best writer.) He had to rely upon second-hand descriptions from Hofzinser’s friends and students. With the English translation, the results became so far removed from the original source that it causes many problems trying to reconstruct the sleights and effects. Although, without this book, the work of Hofzinser may have been forgotten.

Dover reprinted Fulves’ edition of Sharpe’s Hofzinser translation in 1986 without Sharpe’s permission. He complained and they sent him a check. They never reprinted after that, probably to avoid further problems.

Hofzinser’s Card Conjuring by Ottokar Fischer reprint, 1973 by Karl Fulves  (The one we have for sale) 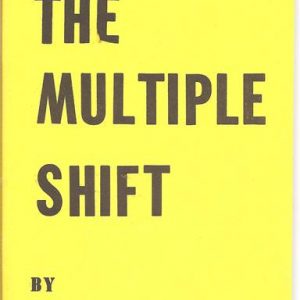 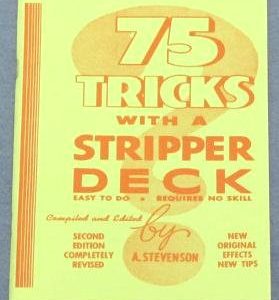 75 Tricks With A Stripper Deck 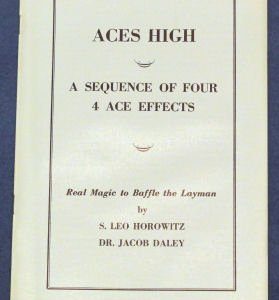