This is a pre-owned book that is in like-new condition.

There are many sleights in this book, including some really odd ones such as a bottom deal done at the fingertips and a “Tilt” move executed from the front.

There is also a great number of routines utilizing the sleights taught in the book. Among variations of classic plots, you will find several original to Mr. Krenzel. For example, one interesting routine in the book is a Collectors routine done backwards: three selections vanish from in between the aces, instead of the other way around!

Ever heard of “The Mechanical Reverse”? This book contains Krenzel’s original write-up for the move (although for the history buffs, there is some dispute over the fact that Ron Wohl published it before Krenzel). It’s a great covered half pass that should be in every card magician’s arsenal.

Ken Krenzel’s description of the Classic Pass has been regarded as one of the best, and it’s really thorough. Several other shifts original to Ken Krenzel are also discussed in the book.

This book isn’t for people with a mild interest in card magic. This is for the fanatics who get turned on by Two-Card Fan Lift Switch, Reversal, Palms and other such technical card magic.

Illustrated with drawings by Richard Kaufman. 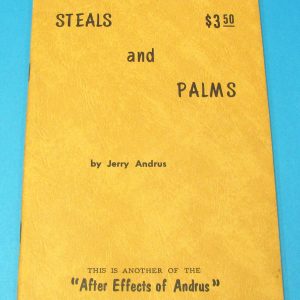 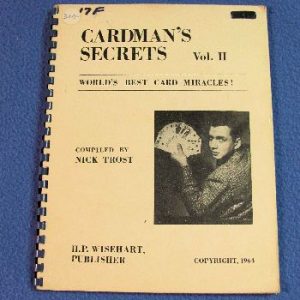