This came from an old magician’s estate purchase. Comes with the original instructions and packaging envelope.  You receive the secret instructions only as it was originally sold.

Effect: Two ordinary packs of cards are used, one with a red back, and one with a blue back. They may be borrowed. The two packs are spread and shown. The performer asks a spectator which pack they would like to select a card from. This is not a force. A card is selected in a very free manner and is completely lost in the pack. The performer shows his hands completely empty before pick1ng up the other deck. The performer selects a card from this deck and shows it to the audience. This card is completely shuffled and lost into the pack. Once again the hands are shown empty. The  performer then states that he is going to cause the two cards to change places. Without any false moves, the performer spreads the two decks and a red backed card is seen in the blue deck and a blue backed card in the red deck. When they are turned over it is seen that the two cards that changed places are the performers and the spectators!

There is no palming or suspicious moves. There are no fake cards used or any duplicates. Everything can be examined. 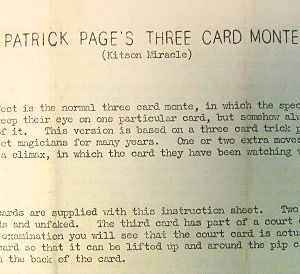 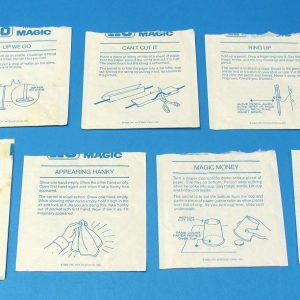 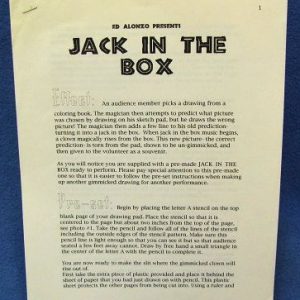 Jack In The Box (Instructions Only)