Note: This came from an old magic shop buy-out. Appears to have never been used as the ESP cards were still inside their original plastic wrapping. We only removed them for picture-taking purposes and have replaced them back inside the self-sealing wrapper. Comes with everything as pictured along with the original instructions and paper pad (not pictured).

Effect: An ESP card is freely selected from six ESP cards. The spectator draws the chosen symbol on a piece of paper and places it into one of three matchboxes. The performer not only knows which box contains the drawing but he can see through the box and reveal the symbol.

Some History: In the 1980 and 1990’s, along with Tenyo and Tricks Company and Rabbit Company in Japan, there was another Asian company bringing neat, innovative magic to American magicians and that company was Black Hat Magic in Taiwan. Black Hat items had the same surprising innovation and magical thinking that the great Japanese companies of that era had. As fans of these companies already know, the magical effects and props somehow mix cuteness (and sometimes goofiness) with diabolical ingenuity, as well as a charismatic, childlike charm. And somehow, this odd mixture results in really interesting and compelling magical props, effects and methods.

In the 1980’s Hiro Sakai invented some really great close up effects for Black Hat Magic, but unfortunately, Black Hat items have gotten very difficult to come by. However, we came across this pristine, unused, complete and original Z-Ray Vision — perhaps the best item from Sakai’s lineup.

The props are great to look at, with the cool skull design matchboxes, and a nice set of six symbol cards. The effect is also excellent: Spectator chooses a symbol, and draws it on a small piece of paper, then hides the paper in one of the boxes. Magi mentalist divines which box contains the paper, and then to climax the routine, identifies the symbol drawn by the spectator.

Excellent close up mentalism for so many reasons! Boxes and cards could be used for other routines you might think up as well.

What follows is one very satisfied customer’s thoughts of this vintage effect:

This is an effect that I use, when I know there’s time and, proper attention span on the part of the spectator. For the impact that it has, as well as some finely printed props, this trick is actually under priced. No one that I have ever performed this for has had ANY clue as to ANY of the methods, (of which there are three). The relevant information is communicated to the performer, with tiny nearly invisible means and the three ‘tells’ are linked in a way that is simply ingenious. The effect is very easy to carry, takes little time to learn and can be built up quite dramatically for the best impact. I must say that I appreciated the designs of the boxes with the skull motif. The words ‘Z-Ray Vision’ on the sides of the boxes, is what I covered with real matchbox striking surface. This was the one detail, that to me advertised ‘These are special boxes designed for a magic trick’. Naturally, real matchboxes can be substituted for the ones you receive. For a novel, powerful and compact close up mental effect, at a ridiculously low price, I think Z-Ray Vision is definitely worth looking into. I found out about it digging through Magic Warehouse’s websites and it is one of those items that I think deserves greater attention than it may ever have gotten. An ‘obscure’ item, that justified these searches I sometimes go on, for tricks that may not have gotten so much hype or, were placed aside in lieu of the hottest new items. A most gratifying find. 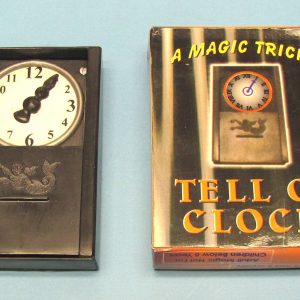 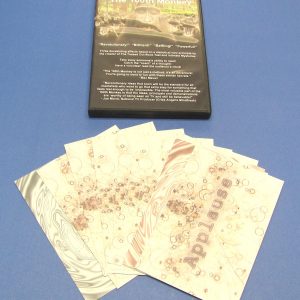 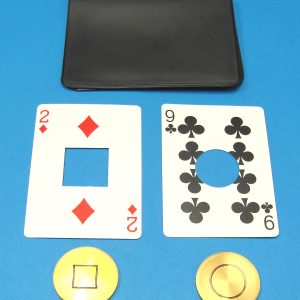