The performer opens the manila pay envelope and removes a playing card with its back to the audience. When the card is turned around to its face side it is seen that a picture of all fifty two cards in the pack are printed out in four rows. “See”, says the magician pointing to the picture of the Two of Diamonds, “I told you that I would correctly predict the card you would select before you selected it!” After the groans from the spectators subside the performer acts surprised that they were not impressed with his prediction and while shaking his head in disbelief he places the 52 on 1 card back into the envelope. But while doing this a regular miniature card falls out of the envelope onto the table, unknown to the magician who is staring straight at the audience and still acting surprised why no one ever finds the previous prediction very impressive.

Then the magician discovers the miniature card on the table and turns it face up to show it actually matches the spectator’s selected card! There are no other miniature cards inside the envelope and it can be examined. If this routine is performed correctly the look on your spectator’s face(s) at this point is worth a million dollars!

You receive the special poker-size Bicycle 52 on 1 card, a few regular different miniature cards (not Bicycle), Manila envelope, and instructions.

Note: The miniature cards you receive may be different than those  pictured. 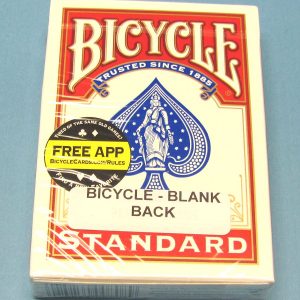 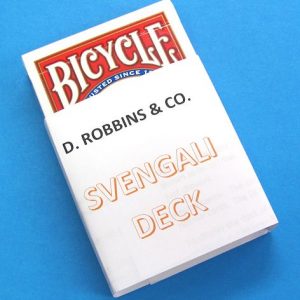