You are here: Home / Ephemera / Dean Gunnarson Photo Standing By Milk Can Escape

Dean Gunnarson (born 27 January 1964) is a Canadian escape artist also called an escapologist. He was born in Winnipeg, Manitoba.[1] He is noted for a series of large scale spectacular stunts done for television.[2] Gunnarson has appeared on television in over 165 countries around the world performing his escapes. Gunnarson has performed over 500 shows across China and his TV escapes have been seen by millions of people there. In 2012 the Chinese Government presented him with “The World’s Top Escape Artist” award after a successful escape on live TV. He has also performed across Canada and the US on TV, fairs, shopping malls, sporting events, and for many of the countries top corporations.

In 2016 Dean Gunnarson has a 12 episode X 30 minute TV series entitled Escape or Die that airs Nationally in Canada on OLN network and CITYTV. The series was also sold to numerous countries around the world. The series follows Dean and his team as he travels around the world attempting daring escapes. Escape or Die won Best Documentary TV series in Canada. https://en.wikipedia.org/wiki/Escape_Or_Die!

Gunnarson’s most notable television appearances include the NBC TV specials The World’s Most Dangerous Magic I & II, for which he escaped from a straitjacket while hanging upside down 726 feet above the ground from a trapeze suspended from the Hoover Dam. He has also appeared in the NBC TV special, Magic in The Magic Kingdom, filmed at Disneyland in 1988, and in The Spectacular World of Guinness Records, hosted by David Frost where Dean set two world records for escaping.

One of his most recent television specials, “World’s Most Dangerous Magic II” on NBC, Gunnarson faced his greatest fear as he escaped suspended upside down over a swamp of 130 hungry alligators in the Florida Everglades covered in chicken meat and blood.

Gunnarson narrowly escaped death in October 1983 during a stunt in which he was handcuffed and chained and nailed into a coffin which was then submerged into the Red River in Winnipeg. The stunt went wrong as the coffin was lowered into the water, leaving him unable to escape. He was eventually pulled from the river and freed by the support crew, at which point he was not breathing and had to be resuscitated by paramedics. The incident led Johnny Carson to refer to Gunnarson on The Tonight Show as “that crazy Canadian”.[3]

Some of Dean’s other television appearances include The Nashville Network’s popular “Statler Brothers Show”, the Disney Channel and Family Channel, where he is a favourite family entertainer. He also has appeared on many shows on Discovery Channel, TLC, Travel Channel and even on Food Network. One of Dean’s personal career highlights was opening for Aerosmith at their CD Release Party of “Nine Lives” in New York City.

In February 2013 Ripley’s Believe It or Not presented him with the Ripley’s record “World’s Most Daring Escape Artist” while in New York for the Anderson Cooper Live TV show with Anderson Cooper and co-host Stacey London. Gunnarson performed a difficult escape on the TV show. He has also been featured in many Ripley’s books including a two-page colour spread in “Ripley’s-The Remarkable Revealed” pages 130–131, where he was buried alive in 2 1/2 tons of wet cement and escaped.

In 2012 Gunnarson won the Merlin Award for “World’s Best Escape Artist”. Presented in Shenzhen, China by The International Society of Magicians, the world’s largest magic organization with over 37,000 members. Founded in 1968 it was the first time ever that they have given the award to an escape artist. Past winners are David Copperfield, Doug Henning, Penn & Teller, and Criss Angel.

Gunnarson was also the first recipient and only escape artist to ever win the “Houdini Award” presented on the Magic Stars television show in Tokyo, Japan. He became the youngest person and first Canadian to be awarded the U.C.T. “Humanitarian of the Year” for his devotion to raising money for various charities after being chosen out of 185,000 people nominated in North America.[4] 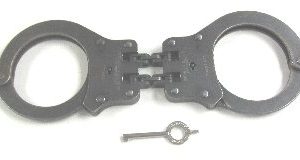 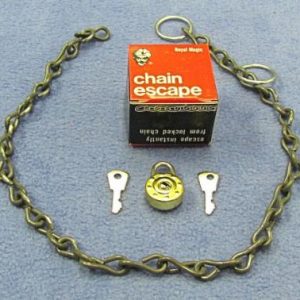 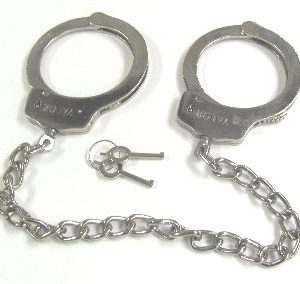