You are here: Home / Books - Cards / The Expert at the Card Table (Dover Edition)

The Expert at the Card Table (Dover Edition)

Although this wonderful book was originally published in 1902, it still stands up today as one of the most sought after works on card manipulation.

Dealing seconds, palming cards, stacking the deck and other valuable moves that are included in this “Bible” of card magic.

“The Expert at the Card Table is the most famous, the most carefully studied book ever published on the art of manipulating cards at gaming tables.” From the Foreword by Martin Gardner.

For almost a century, this book has been considered indispensable to attaining the highest level of card mastery. In it, S. W. Erdnase, a supreme master of card manipulation, teaches card enthusiasts how to perform the dazzling tricks and sleights-many of them his own creations-that made him famous.

The first section of the book deals with card table artifice, or, to put it more bluntly, cheating at cards. Step by step, Mr. Erdnase demonstrates his own systems of false shuffling, false riffling and cutting, dealing from the bottom and such slick moves as palming cards, “skinning the hand” -even three-card monte.

The second section covers legerdemain: the art of forcing a card, one and two- hand transformations, the devious “slide” and more. Card handlers will love Erdnase’s selection of dazzling card tricks, including The Acrobatic Jacks, The Exclusive Coterie, The Divining Rod, The Invisible Flight, A Mind Reading Trick and many others.

In an informative foreword to this edition, Martin Gardner relates the unhappy details of the author’s personal life, and recounts the history of this famous book, whose methods, Mr. Gardner asserts, “are as useful today by magicians and card hustlers as they were in 1902. This book is still the bible of card ‘mechanics,’ and as much a delight to read as it was in the early years of this century.” 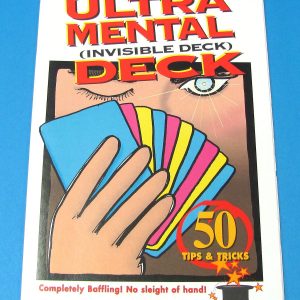 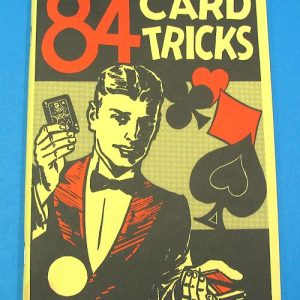 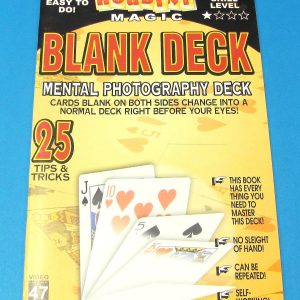 The Blank Deck Book – 25 Tricks With The Mental Photography Deck