You are here: Home / Dice and Blocks / Jumbo Dice Plaque

The performer shows a large flat plaque 7.5 inches square. The plaque is spotted like a die. The performer explains that each die has six sides, showing the spots one, two, three, four, five and six. However, he has a magic die, which has only two sides, and yet shows all the six spots. And like a regular die the opposite sides always add up to seven. So saying, the performer gives the following amazing demonstration.

He holds up the die showing one spot on one side and six spots on the reverse. “Six and one,” he says, “are seven.”

Then he turns the die over again and the plaque shows three spots on one side and four spots on the reverse side. “Those are the other two sides, and three and four are also seven”, he says.

“And now for the last two sides”, he says. When the die is turned it shows two spots on one side and five spots on the reverse. “Five and two are also seven”, says the performer.

The performer finishes by saying, “And there we have a die with all the six sets of spots, and only two sides.” 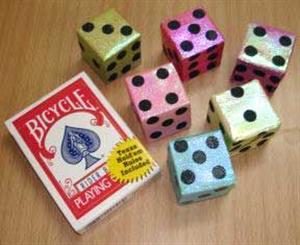 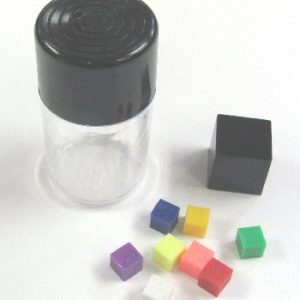 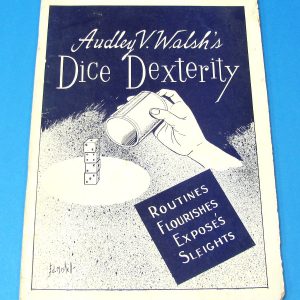