Jean Hugard, besides being a master performer, was also one of this century’s most gifted writers on magic. Through his writing he brought the literature on magic up to a new professional level.  This book, continuing the carefully worked out descriptions begun in Card Manipulations (Dover 20539-8), adds another 120 flourishes, sleights, tricks, and manipulations to the magician’s repertory.

Among the many manipulations and sleights are forces, passes, glides, color changes, top and bottom changes, the Herrmann pass, the “Cottone” snap production, the Grote instantaneous palm, the  Carlyle false count, double lifts, false cuts, controls, shuffles, and much more. Tricks using these manipulations include story tricks, spelling and counting tricks, tricks for small audiences, tricks, used in the professional acts of such magicians as Frederick Braue, R. M. Jamison, Paul Curry, Walsh and Haber, and Joseph Cottone, and tricks perfected or first described by Hugard.

For each manipulation, sleight or trick, the author first describes the effect to be produced. Then, in a combination of clear, detailed descriptions and drawings, he tells the exact method needed to achieve the desired effect. Cross-references to manipulations and other advanced methods make them available even to beginners. Alternate methods, tips, histories, and a careful analysis of possible trouble spots make it easy to develop the tricks for a perfect performance.

The keys to these tricks and manipulations are not well known outside professional magicians’ groups. But to the advanced beginner or semi-professional who has some degree of card skill, the manipulations and tricks, expertly described here by Hugard, will add to the dexterity of the performance, give hours of rigorous skill-developing practice, and help build a professional well-rounded repertoire with cards. 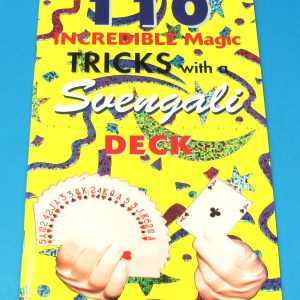 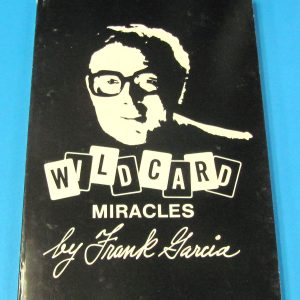