You are here: Home / Close Up Magic / My First Sucker Trick (Chuck Leach)

The magician (tongue-in-cheek) tells about the first magic trick he ever performed when he was just one week old.

He displays three large pacifiers – one squeaks and the other two don’t. He mixes the pacifiers, then asks the other infants in the hospital nursery which one is the one that squeaks. Of course, they are also asked to make a small bet, like toys, formula and fresh linens, etc.

They all bet and they all miss (as does the magician’s spectators). He mixes them again, slower this time, and again they miss. Next, he eliminates one non-squeaking pacifier and mixes the remaining two. Again everyone misses. Finally, a second non-squeaking pacifier is removed, leaving only one on the table. Despite these favorable odds, everyone misses again, because the last pacifier doesn’t squeak either! 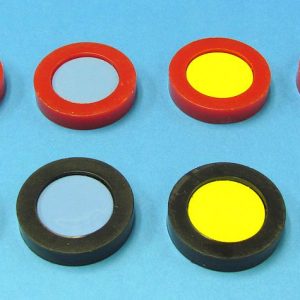 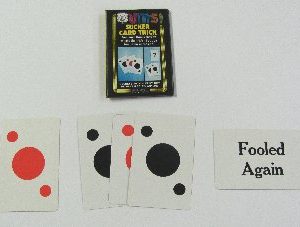