Volume Eight (More) contains two hours of more great magic from the New York Coin Guys. David Roth performs for the FIRST time on DVD his Blank Coin Routine, and follows with his rendition of his classic Stonehenge routine. Dr. Rubinstein performs a version of Nest of Boxes that was the hit of his last trip to Japan, He follows by showing a polarized plastic disc that when rubbed, becomes a real coin. Smileys is a very commercial coin effect where a sad face drawn on a coin changes and changes, bringing a smile to both the coin AND the spectator. The best part, though, is yet to come, as Rubinstein reveals for the first time on DVD his Stealth palm, sure to find a place in every coin man’s repertoire!

Not to be undone, Mike Gallo gives you more great magic, with a Gaddabout coins routine that has a dynamite ending that you will use! Quarter Transpo is a strange transposition of 4 quarters and 4 half dollars. Childhood memories is Ramsay’s Coins and Cylinder routine with a story that gives a reason for your props, and makes the routine even more spectator friendly.

But wait, there’s more! The Bonus section starts off with a clever Okito Box routine by Mike Gallo, and a discussion of the breakout move by David Roth. Rubinstein performs a routine called Smileys Jr.,based on the effect presented elsewhere on the DVD. There is a rare 1983 performance from the late Geoff Latta doing his classic CopSilBrass, followed by the first of three sections by special guest Al Schneider on coin theory. The Bonus section ends with a discussion by Schneider on a new way to do the Pop Out Move! 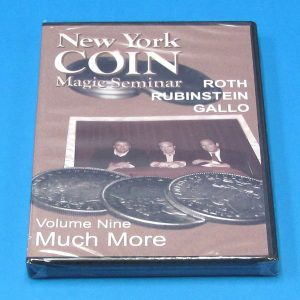 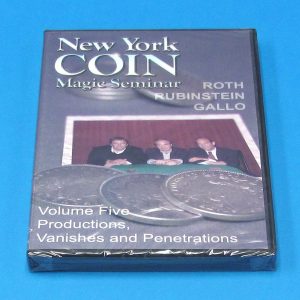 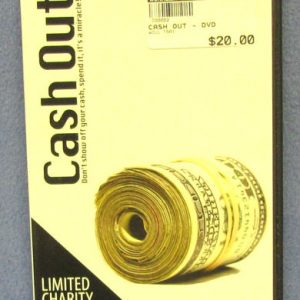