This is a novel rising card effect. Performer displays an ordinary deck of cards, which can be examined and shuffled. A card is freely selected from the deck, and may be signed if you wish.

Performer now explains that the normal routine involves placing the deck in a glass tumbler, and commanding the selected card to rise. Unfortunately, glass tumblers are extremely fragile, and he is fed up with the dozens of broken tumblers in his bag of props. He has therefore made a few minor modifications to the original trick. 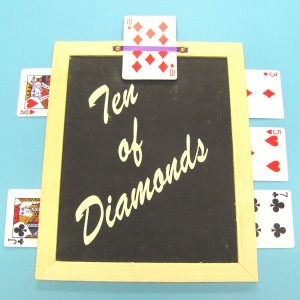 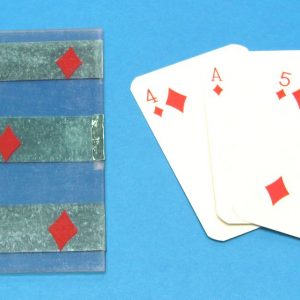