This a a pre-owned book. Good condition. Hardbound with 282 pages.

This is the autobiography of, and the first book by, the famous and controversial Israeli psychic known throughout the world as the man who – apparently by force of will – bends keys and spoons, who mends broken radios and stopped watches, and who has demonstrated in controlled experiments at the University of London, at the Stanford Research Institute, and elsewhere, staggering extra-sensory powers. It is Uri’s own story, in his own words, of his incredible powers. ‘It amazes me,’ he says, ‘every time these things happen. I want to jump up and point them out to people.’ And it also tells of Uri’s ambivalence about what he can do and about the enigma it poses. ‘I ask myself why does it have to be watches, keys, metals? Why do they throw me symbols?’

Here, too, is the story of how Uri came to raise his powers and of how they affected him. His was a normal childhood (with loving though divorced parents, dogs, a dislike of school, typically adolescent adventures), except that strange and embarrassing things seemed to happen when Uri was around. He describes an event in a ‘magical mystery garden’ when he was three or four. He recalls his first telepathic and clairvoyant experiences: reading his mother’s mind, on several occasions sensing potential disasters, shocking his school-teachers when he took tests and wrote compositions (‘Many times mine was exactly the same as the guy’s sitting five chairs behind me’). He reveals a fantastic incident that occurred while he was training in the Israeli Army and tells of his uncanny foreknowledge about combat in the Six-Day War (he knew he would be wounded). And he describes his first public appearance, an event that started a new life for him, propelling him into international celebrity. Since then he has baffled audiences and scientists everywhere.

URI GELLER: MY STORY goes beyond anything written elsewhere about this extraordinary man. It tells of Uri’s experiments with distinguished scientists – tests that verify beyond doubt the existence of his powers. It describes the series of broadcasts in Europe-when psychic energies were transferred from Uri to viewers in their own homes. It reports the strange and apparently interrelated phenomena that began in Israel: voices speaking from tape recorders, objects levitating or disappearing and reappearing, encounters with flying saucers. And it ends with the strangest event of all – one never before revealed – at once the, epitome and the culmination of all that has gone before.

Uri Geller’s autobiography is a story that staggers the mind.

PROFESSOR J. G. TAYLOR:
I have tested Uri Geller in my laboratory at King’s College, London University, with specially designed apparatus. The Geller Effect-of metal bending-is clearly not brought about by fraud. It is so exceptional that it presents a crucial challenge to modern science, and could even destroy the latter if no explanation becomes available.

DR. HAROLD E. PUTHOFF and RUSSELL TARG Stanford Research Institute:
We have observed certain phenomena with the subjects [including Uri Geller] for which we have no scientific explanation.

DR. DAVID BOHM and DR. JOHN HASTED Birkbeck College, University of London:
We feel if similar tests are made later, enough instances of this kind will probably accumulate, so that there will be no room for reasonable doubt that some new process is involved here, which cannot be accounted for or explained in terms of the present known laws of physics. Indeed, we already feel that we have gone some distance toward this point.

“Is he a fraud or a phenomenon as he bends metal by what he contends is the power of his mind alone and performs telepathic feats with a considerable degree of accuracy? The fact that even respected scientists who have tested the 28-year-old Israeli under controlled conditions, supposedly cheat-proof laboratory conditions, are asking that question opens up a whole new bag of possibilities for an adventurous mind.” –Chicago Daily News

“The scientific community has been put on notice ‘that there is something worthy of their attention and scrutiny’ in the possibilities of extra-sensory perception. With those words the respected British journal ‘Nature’ called on scientists to join – or refute – millions of non-scientists who believe human consciousness has more capabilities for real perception than the five senses.” –New York Times editorial

“Under doubly strict laboratory conditions, Targ and Puthoff said ‘No magician has been able to duplicate through trickery the psychic feats performed by Uri Geller and others. Some won’t even try.’ “ -Los Angeles Times

“One hundred years ago we’d have burned Uri Geller at the stake. Now we put him on the Johnny Carson Show. We’ve come a long way.” –James Fadiman, Stanford University

Born: 20 December 1946
Birthplace: Israel
Best Known As: Paranormal celebrity famous for bending spoons Since the late 1960s, Geller has been known for his claims that he can bend spoons or fix broken watches using the power of his mind. Geller’s own web site lists many other “scientifically unexplained” powers which he says he possesses, including telepathy, dowsing, and causing seeds to sprout with the power of his mind. While he has many doubters, Geller has turned his claims into a successful career as a spooky and entertaining media figure.

Geller’s first name is pronounced “oori” rather than “yuri”… Geller has a long-running public feud with James Randi, a magician who specializes in debunking the paranormal… Michael Jackson was the best man at Geller’s 2001 wedding… A former paratrooper in the Israeli army, Geller fought in the Six Day War of 1967… Like Chuck Barris, Geller says he once was in the secret employ of the CIA. 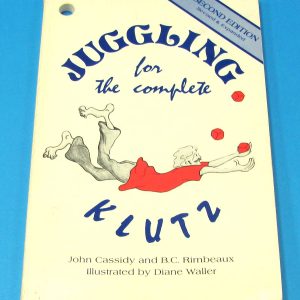 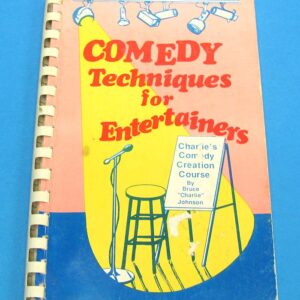 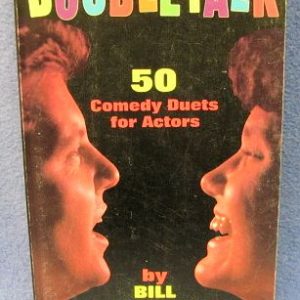