When FISM winner J. J. Sanvert performs, he only has one goal in mind – to entertain! This is why every routine in his professional repertoire is honed to perfection as he squeezes every lost drop of entertainment potential from them. That means that everyone of these tricks is strong enough to be your closer! On this volume, you’ll find a selection of unbelievably strong close-up items that can be performed in almost any situation. Learn them and put them anywhere in your show – everyone is a feature piece!

PSYCHIC POKER – The performer correctly predicts not only a poker hand from a shuffled deck but also a name and address freely chosen from a telephone directory. Utterly baffling and just about self working!

I CHING – A brand new deck of cards is shuffled and cards are eliminated by the spectators until only one is left and, after some by-play is shown to exactly match the performer’s prediction. You’ll also learn J. J.’s masterful equivoque and verbal control techniques.

ROYAL ROLLOVER ACES – If you think you know this classic effect, think again. After the deck is shuffled face up and face down several times, the cards are turned to reveal the four Aces while the remainder of the cards are shown to now be all face down. The Aces are set aside to reveal a Royal Flush in Spades on top of each packet of cards. As if that weren’t enough, the five packets are spread to show that each contains four of a kind in matching suit order. For the incomprehensible finish, the rest of the cards are spread to show that they are now in perfect numerical order. Use this as your closer (though J. J. often uses it as his opener!)

BILL AND PEN – The metal “core” of a borrowed bill is removed and then replaced after which a fountain pen is thrust through it with no damage. J. J. combines two classics of magic and makes the entire procedure logical and magical.

SURVIVING CARD – If you’ve ever lost your break or had a troublesome spectator, this routine is the perfect solution. The spectator names the only card not in the deck. It’s found, uncannily, in the performer’s pocket.

SHOW ME A TRICK – Once again, J. J. shows you how to handle a situation that every dose-up magician faces. This time, you’ll learn how to turn a spectator’s request that you teach them a trick into a perfect magical moment.

FLYING DOLLAR – This is the lost word in Fingertip Coins Across routines. Coins travel back and forth from one hand to another. For a finale, they all change to Chinese coins. The silver coins are re-introduced magically and then vanished one at a time. 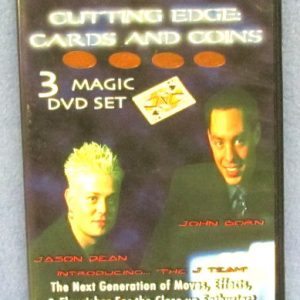 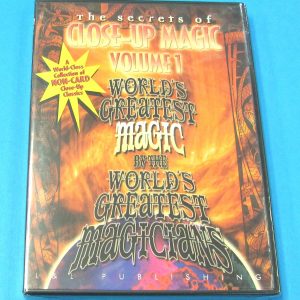 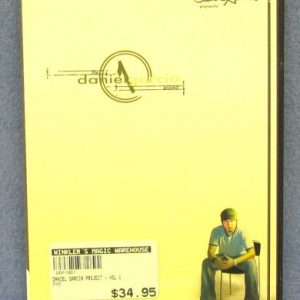