You are here: Home / Cards - Tricks and Routines / Jumbo Predict The Kings (Italy)

The magician announces that in the vinyl envelope being held in his hand there are four jumbo Kings. The King of Spades, King of Hearts, King of Clubs, and the King of Diamonds. The magician asks a spectator to name aloud the first King which comes into their mind, but gives the option of letting the spectator change their mind if they would like just to rule out any psychological aspects.

When the magician extracts the giant cards from the envelope and slowly fans them out the spectators are very surprised to see that only the King that has been selected is visible, all the other Kings are face down!

To further emphasize the authenticity of the magician’s prediction, the predicted King to turned over to show that the back of the card is also of a different color from the other Kings!

Note: The regular size King of Spades seen in the picture is for size comparison only and is not included. 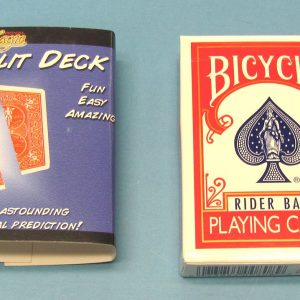 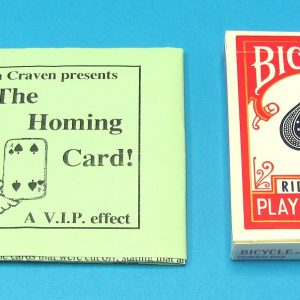