This is a pre-owned eight-page instructional booklet that came with the original “Kundalini Rising” effect back in 1991 by Jeff McBride and manufactured and distributed by Zanadu. The loops of elastic thread (have been used up) and are not enclosed. You will need to purchase some separately.

Preparation: How to set up for the effect.

The Effect: Spiritual/occult patter provided with clear directions. The selected card rises in the card box while the spectator holds it.

Read what others have said about Kundalini Rising:

“This is strong magic that will get your audience right in the ‘chakras.'” – Max Maven

Effect from the spectator’s point of view:

The deck is new, the seal unbroken. The magician has me open the pack and shuffle and cut the cards. I keep half and surrender the remainder to the magician. From my cards I select one (the five of clubs), unknown to the magician. “Press the card to your forehead, imprint it in your mind” the magician tells me. The magician then collects all the cards, mine included and replaces them in the pack. The magician gives me the deck, then steps back, out of reach. I hold the pack in my right hand at arm’s length. The magician asks me to relax, and draw deep breaths while picturing my card. Relaxed now, at his request I hold the breaths briefly, then blow the air out through the deck in my hand. Once, twice, three times. With the third breath, a card rises mysteriously, majestically, from the deck, as if pulled by unseen hands. It is the five of clubs! It is magic! 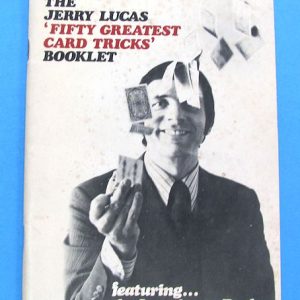 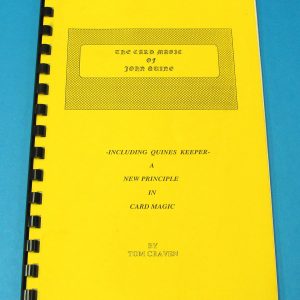