PRODUCTIONS AND VANISHES leads off with Dr. Michael Rubinstein’s three coin production and vanish sequence, called Triple Play. Batting second is Bologna Debut, Rubinstein’s wild four coin production that ends up with a coin at each corner of your close up pad. Two Card Reverse Matrix is a very clean version that includes for the first time ever, the patter Rubinstein has held back for years! David Roth follows with his reputation making Hanging Coins routine. Mike Gallo joins the party with a startling Four Coin Production, and to finish strong, special guest Dr. Kainoa Harbottle demonstrates not one, but TWO versions of Hanging Coins using his own innovative techniques.

PENETRATIONS begins with Rubinstein’s Coins Through the Table, revealing for the first time his startling kicker ending. Roth shows a classic version of Coin in the Bottle, with some beautiful touches of Slydini. International Penetration and Coins to Expresso Cup come out of Gallo’s professional repertoire, and Spectator Boy Dan Watkins is back to help! Closing this section is a World Premiere performance of Cylinder and Coins by none other than special guest Giacomo Bertini, the Italian coin Maestro.

Twelve routines might be enough for some, but not the New York Coin Guys! The BONUS section starts off with a performance of Rubinstein’s professional act, utilizing routines taught in all of the Seminar DVD’s. Roth follows with an in depth discussion of the Classic Palm. In a snippet from his New York Coin Magic Seminar workshop, Rubinstein teaches the wave change and a few NEW variations. Closing out the DVD is a performance by Gallo called The Bottomless Cup. 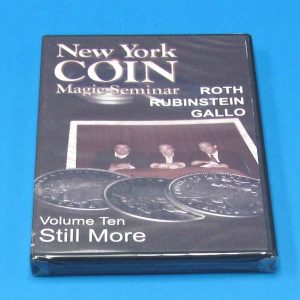 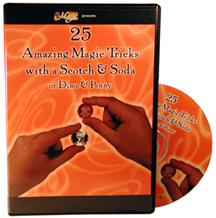 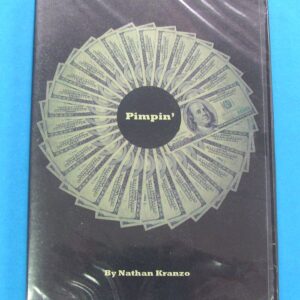