This book contains some good ideas for putting your jumbo coins to use, and includes some general handling that could be used for any routine. It is not heavy on difficult sleights, but provides routines for the average performer.

*Introduction: Some tips on magic with jumbo coins

*Penny-Penny Who Has the Penny?: Magician holds a penny while the spectator holds a silver dollar. Magician states he will transpose the two coins, but the spectator doesn’t feel a thing. When her hand is opened, she is holding a jumbo penny!

*Heads or Tails?: In the process of playing a heads or tails game, the penny grows to a large size!

*Penny Thru Hand: a penny is pushed through the back of the performers hand and grows into a jumbo coin in the process!

*3 Penny Trick: two in the hand and one in the pocket with pennies and a jumbo penny climax!

*Inflation Cent: an almost instant change of a regular penny into a jumbo penny!

*Undercover Inflation: a penny is covered with a handkerchief and turns into a jumbo penny!

*Magnified Coin: a penny is viewed through a magnifier and when the lens is taken away, the coin is now jumbo; two versions are presented

*Gypsy Switch Inflation Cent: Silver dollar changes to a jumbo penny with the aid of a handkerchief and the “Gypsy Switch”

*Switch Penny: as above with a regular penny instead of the Silver Dollar

*Switch Change: a penny changes to a dime, back to a penny, then to the dime again, then to a jumbo penny. Uses a dime/penny insert and handkerchief

*I.O.U.: a silver dollar is wrapped in a piece of paper and vanishes in a flash of fire, where it is seen that a jumbo penny has appeared with an IOU under it for 99 cents (to be performed seated)

*Standup Inflation: a penny changes into a jumbo coins, and the hands are shown to be “clean” 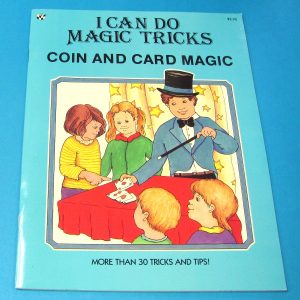 I Can Do Magic Tricks – Coin And Card Magic (Elizabeth Wood) 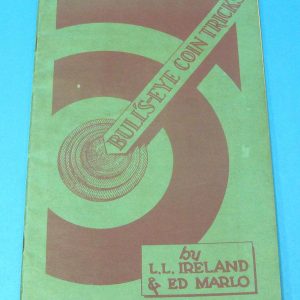 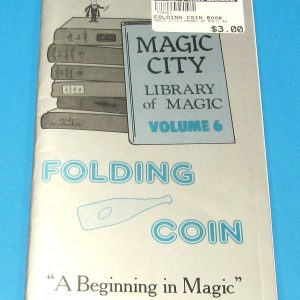