You are here: Home / Supreme Magic / The Kings Converge (Supreme)

This is a pre-owned item that’s in great condition and comes with the original Supreme Magic instructions.

Here’s an interesting item with a strong mental flavor. The magician shows a simple paper folder, inside which, he explains is a single giant-size card which forms a prediction.

A member of the audience is asked to participate. A pack of cards is shown and shuffled. The magician asks the spectator if he would like him to use the whole pack, half the pack, or just a few cards. It doesn’t make any difference but the smaller number of cards does make for a greater speed of performance.

The magician cuts off a number of cards and he immediately hands these to the spectator. He requests that he deals these along, backs outwards, on top of four glass tumblers. He is to continue dealing until all the cards have been placed used up.

The spectator is now asked to freely nominate any one of the piles of cards. There is no Conjurer’s Force or anything at all of that sort. The spectator can change his mind if he wishes.

If he desires the spectator can drape a colored silk handkerchief in front of each tumbler. These colored silks (or ribbons can be used) identify the different tumblers. Magician now shows his prediction and this turns out to be (say) a giant King of Spades. Surprise when the top card of the packet of cards the spectator chose is turned over and that is seen to be the King of Spades!

“That’s magic”, says the magician, but here’s a miracle! He turns over the top cards of each of the remaining packets of cards and it is seen that these are the remaining Kings of the pack!

The whole effect is performed without any sleight-of-hand or skill. There is only one card inside the paper folder at the commencement. The pack of cards used is genuine.

Note: The regular size cards pictured are for size comparison only (to give you an idea of how large this jumbo double ended and double faced card is) and are not included with the trick. 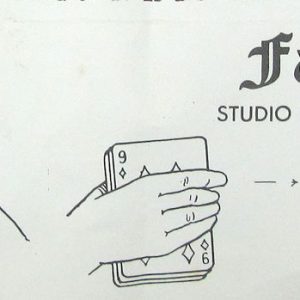 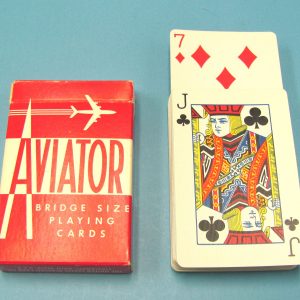