Four page, 8.5 x 11 inch, manuscript that describes an act created in 1947 by the famous magican of his day, Tommy Windsor (Thomas Lowry).

It’s a good clean act, there are no blue or offensive gags or actions, so it’s an act that can be presented just about anywhere.

It goes equally in well in churches, schools and lodges, and mixed groups, as it does in night clubs and before stag groups.

Another favorable point is the fact that the magic in this routine fits into the patter logically. In lots of other pitch acts the tricks are dragged into the routine merely as a “come-on” to apparently “get the crowd”.

Last, but not least, the entire act can be readied at home, placed into the suitcase, so you can walk onto the platform, do the act, and since it all goes back into the bag, you are automatically packed up again and ready to go home.

There is no chance for any nosy stage hand to catch you in the act of fixing your tricks, and no one to watch you pack up. It’s fool proof. You do not need to be a great comedian, or a great actor, even a great magician, to do this act. It’s the situation, and the audience’s own imagination that puts it over! If you learn the patter, do it just once, you’ll always want to do it. It will get the dates for you because it is just the type of modern comedy magic that’s in demand now. 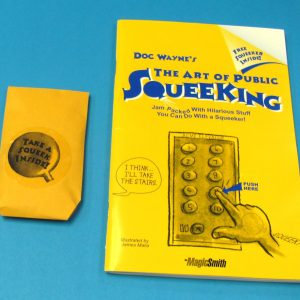 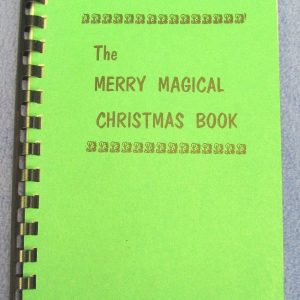 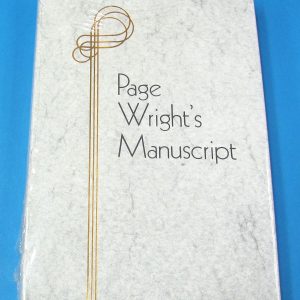