You are here: Home / Rope and String / White Christmas (Klamm)

Here’s a really nice and novel rope routine for the holiday season. Effect: The magician shows three short ropes – white, green and red as he says. “I like Christmas with lots of snow, a big green tree, and Santa Claus in his bright red suit. Only it looks like this Santa Claus is too short to put the star on the top of my tree. ” The magician shows that the red rope is shorter than the green by making them even at one end. Then pulling the red rope so that the opposite ends become even, says, “There, that’s better.” Naturally the first two ends do not match now, and the kids will tell the magician about it in no uncertain terms. This is good for some nice comedy by-play. The magician says, “Maybe we need a bit of magic to make them both the same length.” He makes a magic pass, and suddenly instead of the red rope, the 1-1/2 foot green rope grows to four feet long! The magician says, “Santa will never reach the top of THAT tree without a big snow storm.” And as audience sings WHITE CHRISTMAS the magician causes the white rope to grow to twelve feet long! “I’m dreaming of a white Christmas, but this is ridiculous!”, says the magician. 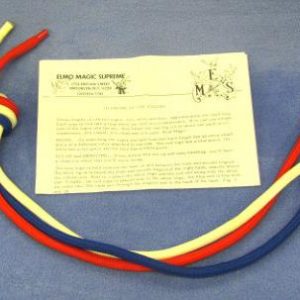 Blending Of The Colors (Elmo Magic) 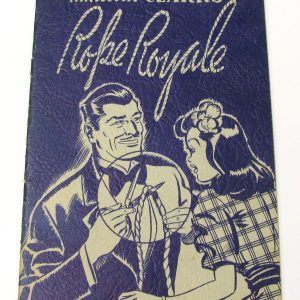