A great mental effect using the signs of the Zodiac!

If the spectator wants to they can make a sketch of the symbol so that there will be no question as to which one they chose. Next, the performer returns to spectator #1 and shows them the first panel in the pile. “Is your symbol on this panel?” he asks spectator #1. If spectator number one says “no” the performer continues to show each panel until the spectator says “yes, it’s on that panel.”

Now the performer again asks the spectator to concentrate on the name of the symbol (or the shape if they can’t remember the name). After a bit of by-play about thought waves being mentally transferred from one person to another and so on, the performer boldly points to the symbol that the spectator had just mentally selected. The performer then repeats this same routine with spectators #2 and #3.

The effect is powerful! No one can ever figure out the exact means by which the correct sign of the Zodiac has been discovered although all of the spectators have a great time talking about how they THINK they have figured it out. 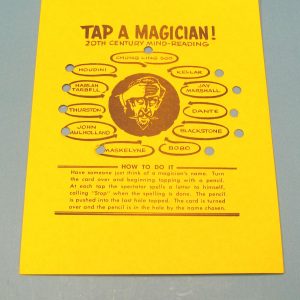 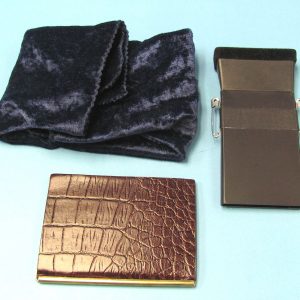