Recounting a story of a poker game the magician shows a giant poker hand with three sixes. Noticing the player on his right having three sevens, he discards one of the sixes and receives an eight. The magician now magically changes all the cards into eights! When the magician notices the player on his left has three nines, he discards an eight and picks up a Joker. But, to his dismay all the cards turn into jokers – not just the faces – all the backs of the cards also change to Jokers!

Yes it’s true, all faces and backs are shown as Jokers. The magician is left with only three cards with no trace of any sixes, eights, or back designs.

A really great visual routine which can be used on stage or even for up-close. 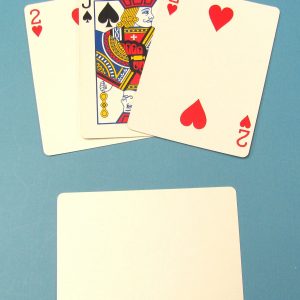 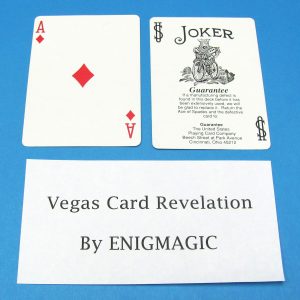 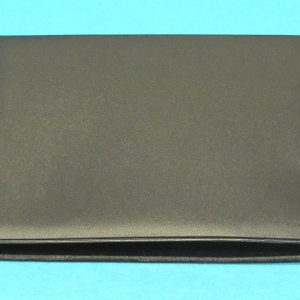